The water puppet shows in Hanoi are enchanting, curious and charming and great entertainment for all ages on the Vietnam holiday. The musical stories portrayed at the Thang Long Water Puppet Theatre are the most revered and performed by talented actors and shows are accompanied by traditional folk music.

Water Puppet Show
The content of the Thang Long Water Puppet Theatre is intended to depict Vietnamese ancient legends, myths and folk tales with shows performed in a fun and humorous way. The shows rely on both animal and human puppets and include a show on topics like a fire breathing dragon dancing on water, a boy playing a flute whilst riding a buffalo, and the telling of  the giant tortoise and Hoan Kiem Lake.

Over the years, the water puppet show in Hanoi has continued to change and update its topics. In the early days the shows concentrated on stories related the day-to-day life of villagers, such as children, romance, fishing and farming.

The tradition of the water puppet show was unique to regions of North Vietnam, but over time its popularity has spread and today it is witnessed on stages across the world. So, it can be a particular treat for travellers on the Vietnam family tour to see the puppet show performed in its original site, the Thang Long Water Puppet Theatre. Most of the shows are combined with a traditional Vietnamese pit orchestra playing cymbals, bamboo flutes, horns, single stringed guitar, wooden bells and drums. Plus, authentic operatic songs are played and tell the story being played out by the puppets.

The performances at the Thang Long Municipal theatre are acted out by puppeteers that stand in water up to their waist and concealed behind a screen. The actual puppets are operated using a large rod which helps to give the impression the characters are active and moving. Most of the shows are likely to include up 10 or 11 puppeteers. Also, the puppeteers train for up to three years to fully prepare for this type of show. Music is a major aspect of the performance with the instrumentalists in the orchestra pit shouting encouragement to the puppets.

Schedule
The Thang Long Water Puppet Theatre show is open to locals and tourists with several show times per day. A typical show schedule includes performances at 15:30, 17:00, 18:30, 20:00 and 21:15. Also, a Sunday show is held at 9:30. Tickets are relatively inexpensive at $3-$5 per show and purchased at the door or booked in advance. This is a very popular attraction which gets busy quickly. For this reason, it is practical to book seats in advance to help avoid the queues and making sure a 'first class' seat is available. Also, the front row can give a great view of the action, but there is a high change you may get wet. The very busy months are October to April which is when it is more advisable to book in advance.

Located in the centre of Hanoi by the Hoan Kiem Lake, the Thang Long Water Puppet Theatre is easily reached by taking a taxi from Hanoi's main station or the journey by foot is approx 25 minutes.

With such a fascinating experience for the entire family, make sure to see a Thang Long Water Puppet Theater show on the Vietnam private tour before leaving Hanoi. 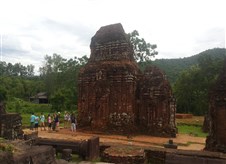 The UNESCO World Heritage Site of My Son Sanctuary is a cluster of partially ruined and abandoned ancient Hindu temples ... 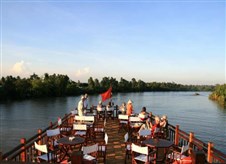 The Mekong Delta is just a 2 hour drive from Ho Chi Minh City. It gives a perfect opportunity to ... 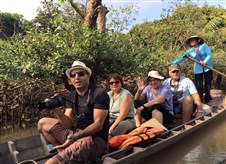 The Mekong Delta leaves a strong impression on travellers exploring this region of the country on the Vietnam holiday. It ... 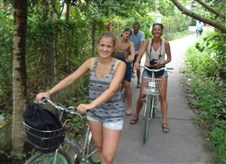 A homestay tour in the Mekong Delta makes it possible to escape the hustle and bustle of Ho Chi Minh ... 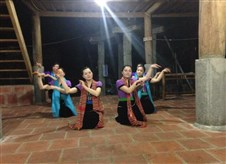 A homestay tour in Mai Chau provides the perfect opportunity to get an authentic feel of Vietnam by exploring local ... 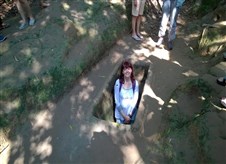 A complex network of underground passageways, the Cu Chi Tunnels were a vital strategic and access area dug by the ... 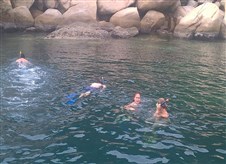 Nha Trang Bay is the home of the Hon Mun Marine Protected Area, which is nearly 12000 ha of reef-filled ... 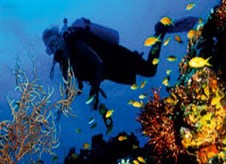 Cham Island (also called Cu Lao Cham) is a cluster of eight islands that lies eight miles off the coastline ... 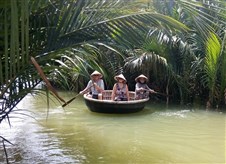 Locally known as “Thung Chai”, the basket boat is a favourite with local fishermen in central parts of Vietnam. It ... 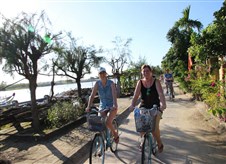 A cycling tour of Hoi An on the Vietnam private tour is a great delight and a perfect way to ... 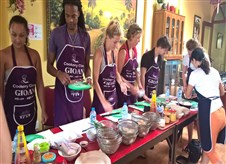 Hoi An has dozens of places to visit for the unique and fun cooking class on the Vietnam holiday packages. ... 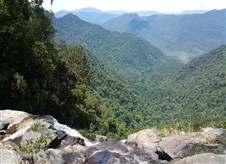 The Bach Ma National Park is rich in subtropical and dense forests stretching across an area spanning nearly 22,000 hectares ... 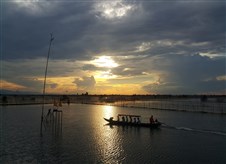 The Tam Giang Lagoon is a fascinating place rich in fauna and flora. It is one place that rarely gets ... 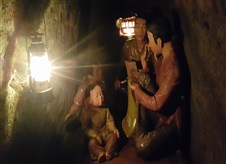 The Vinh Moc Tunnels are located 6 km to the north of Cua Tung Beach and 13 km to the ... 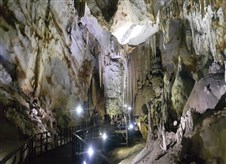 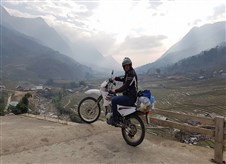 The north is a captivating and fascinating region of Vietnam and a beautiful place to visit on the motorbiking tour. ... 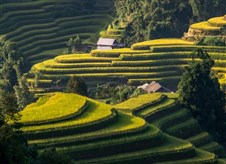 Northern Vietnam is blessed with incredible scenery with its lush-green rice terraces and soaring mountains, as well as its different ... 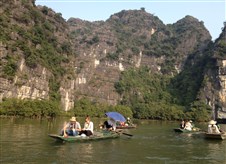 A visit to Tam Coc and Trang An gives a perfect opportunity to travel along scenic rivers in a small ... 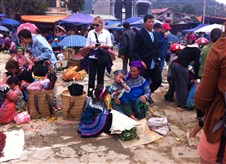 Bac Ha Market is one of the most well-known and biggest in Northwest Vietnam. This market is held every Sunday ... 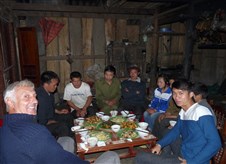 Sapa is a relatively small town located in the lush-green highlands of Vietnam and popular for trekking by the rice ... 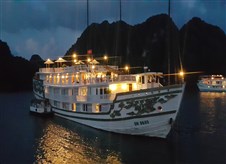 An overnight cruise on the UNESCO World Heritage-listed Halong Bay, an archipelago of thousands of rock and island formations, is ... 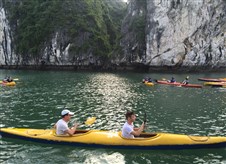 Kayaking in Halong Bay, a UNESCO World Heritage Site gives a perfect opportunity to explore the stunning beauty of this ... 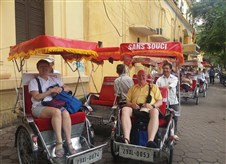 A cyclo (a "bicycle taxi" pedalled by a rear-seated driver) gives a fun and relaxing way to slowly take in ... 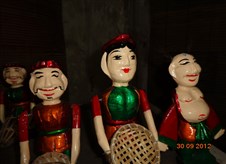 The water puppet shows in Hanoi are enchanting, curious and charming and great entertainment for all ages on the Vietnam ... 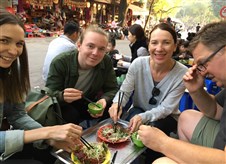 A street food tour is a must-do experience in Hanoi. It is very difficult to find the best food stalls ...