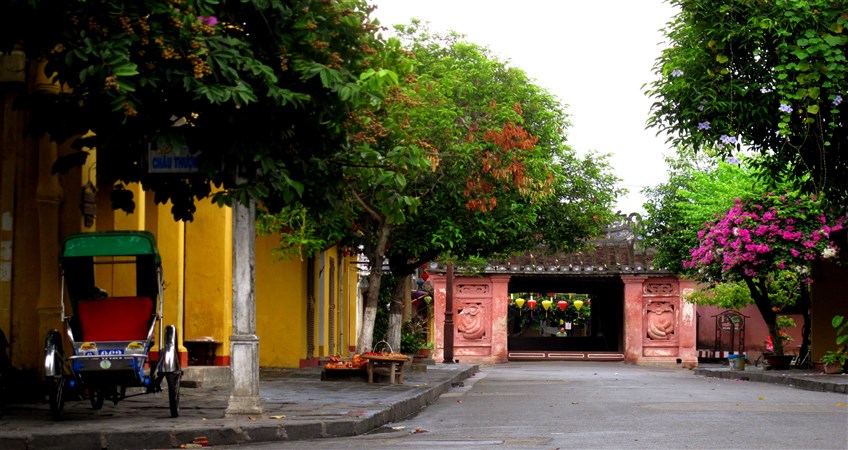 The history of Vietnam is filled with pain. The whole of the region was under French control for many years and even with independence its problems were not over. The struggle for independence itself was long and hard and the Vietnam War which ultimately led to unification saw widespread violence and a huge number of casualties. In the historical scale of things peace was just a blink ago yet the natural welcoming nature of the Vietnamese people means that first time visitors will find it difficult to believe that the land had not always lived in peace. There are some reminders of War, places like the Cu Chi Tunnels, yet travelling around the country those on Vietnam tour packages will see a wonderful natural environment, hill tribes living as their ancestors have for generations and an extensive coastline with plenty of tiny islands and beautiful beaches.

The two main cities, Hanoi and Ho Chi Minh City are on most Vietnam travel packages and as the main two points of entry to the city everyone sees at least one of these cities. Hanoi is the capital of unified Vietnam and it is a mix of old French colonial with its wide boulevards and architecture and narrow, bustling streets in the old city. It deserves some time on every Vietnam holiday.

The transport infrastructure in Vietnam allows quick movement north to south or more leisurely by road or rail. There is great countryside to see so the only reason to fly between these two great cities is lack of time. If you can devote two weeks or more on Vietnam travel then your efforts will be rewarded.

•    Hanoi is not typical of a capital city in many ways. There is certainly traffic but it still has a relaxing feel. It has temples and museums which will tell you more about religion in Vietnam as well as its history, good and bad. One of the highlights and a popular place where locals relax is the Lake of the ‘Returned Sword’ where legend says King Lo Lei returned a sword given to him by the gods to defeat the invading Chinese in the 15th Century.

•    Sapa Terraces to the north is a stunning setting, rice terraces on hillsides, green everywhere. Indeed, as you leave Hanoi’s boundaries you will immediately find yourself in rural countryside that continues all the way into these Northern Highlands.  It is a poor region, and life is hard but there will be smiles everywhere.

•    Halong Bay is a UNESCO World Heritage site, 2,000 islands in a bay with floating villages inhabited by fishermen and their families. The Bay is a few hours due east of Hanoi and cruising in the Bay is a ‘’must’’ on any Vietnam holiday. It is possible to sleep on a boat in the Bay or on Cat Ba Island, the largest island in the Bay.

•    Hue in Central Vietnam is the ancient Imperial Capital of the Nguyen Dynasty that ruled though under French control for almost a century and a half until independence. The old city is compact and very interesting though it suffered damage during both the struggle for independence from the French as well as the Vietnam War.

•    Hoi An was the main port during the Champasak Empire in the Middle Ages. It was a spice trading city as early as the 7th Century. It spent some time under Chinese control before the latter headed south but the result is that Chinese architecture survives in the Old City. Hoi An is close to Danang, effectively the third city of Vietnam with an airport for those on Vietnam tour packages who are flying between the main cities.

•    The Cu Chi Tunnels were used by the Viet Cong during the Vietnam War. They are narrow and life even for fairly small people, could not have been easy as the locals sought to hide from the Americans and their bombing. They are just to the north of Ho Chi Minh City and can be a day trip from there.

•    Ho Chi Minh City, formerly Saigon and the Capital of South Vietnam, is the commercial hub of the unified country. Superficially it appears more modern than Hanoi but it still has plenty of interest to see. It is also a convenient gateway to the great delta to the west.

•    The Mekong is the most fertile region in Vietnam. It produces plenty of rice but it is more than just an agricultural region. It has main tributaries as well as narrow channels. The water level changes dramatically by the season but village life goes on. There are floating villages, floating markets, fishermen going about their daily activities. It is even possible to cruise up into Cambodia to Phnom Penh.

•    Phu Quoc Island in the East Sea off the Cambodian Coast is a great place to relax after a fairly hectic holiday. The sea is warm and there are lovely beaches in this increasingly popular coastal location. There is almost 3,500 kilometres of coastline in Vietnam and there are plenty of other resorts to consider as you travel the length of the country.

Summary
There is plenty more to see though if you are heading north to south in Vietnam these suggestions are a good start. Add the lovely cuisine, often tastiest when bought from street vendors and a great holiday awaits.

Vietnam has fought its way into the top ten of world destinations to visit, and quite rightly so. It provides a rewarding holiday with plenty of memories and a photograph album to support those memories. The people are naturally welcoming and there will be smiles wherever you go. Once you have visited Vietnam once you are likely to seriously consider Vietnam travel again even though there are so many places in the world to visit. Take the first step and get in tour with a Vietnam tour operator to find out more. Ask your questions and you will receive a quick response without being obligated. What you hear is likely to be enough to make you book.