Travel to Cambodia, you should not miss a chance to visit following suggested destinations

Angkor
Angkor, the former capital of the ancient Khmer Empire, is one of the greatest and most spectacular Hindu religious sites in the world. Construction of this elaborate temple complex - built in honour of the god Vishnu - began in AD 879 during the reign of King Suryavarman II and was completed in 1191. It lay concealed for many years, however, until the site was discovered by Frenchman Henri Mahout in 1860. The central complex, Angkor Wat, features an elaborate, unmortared 66-metre (215-foot) central tower surrounded by four smaller towers. Stretching around the outside of the temple complex is an 800m-long (2625ft) bas-relief, the longest in the world. This is Cambodia's most iconic sight, and particularly popular at sunset among tour groups. The temple is so synonymous with the country that it dominates the national flag, and to visit it today is to marvel at the scale of its ambition, built as it was in the 12th century.

Bayon
Another of the most distinctive Angkor temples, Bayon is characterised by a series of colossal stone faces, gazing out serenely in all four directions, as well as some painstakingly detailed bas-reliefs. Bayon was built at a similar time to Angkor Wat.

Bokor Hill Station
An abandoned French hill station in the south of the country, Bokor was built originally as a weekend sanctuary for settlers stuck in stifling Phnom Penh. Today, the hotel and casino complex stands as an eerily derelict reminder of days gone by.

Dolphin spotting
The claim to fame of the Mekong town of Kratie is its population of Irrawaddy river dolphins. Various tour operators organise early-morning boat trips to observe these peaceful creatures in their natural habitat.

Kampot
The southern town provides a gateway to exploring the Cham villages and sweeping vistas of the surrounding countryside. If you're looking to travel in an unrushed fashion and to get acquainted with another side of the country, this is as good a base as any.

National Museum
Set in Phnom Penh, the National Museum is the country's leading archaeological and historical museum. It plays home to what is one of the world's most comprehensive collections of Khmer art, including bronzes, sculptures and ceramics. It was constructed by the French in 1917.

Phnom Tamao Wildlife Sanctuary
A large park south of Phnom Penh given over to animals retrieved from poachers and traffickers. Wildlife in the sanctuary includes tigers, elephants and gibbons, and it offers an effective way of learning more about Cambodian fauna.

Revisit history
To get a clearer understanding of the brutal reign of Pol Pot, visit the Killing Fields outside Phnom Penh. It makes for a sobering experience, but a salutary one in terms of learning more about the realities the country faced.

Royal Palace
Phnom Penh's showpiece attraction was built in the 1860s, and makes for a spectacular sight with its stupas, murals and towering spires. The adjoining Silver Pagoda houses a number of precious Buddha statues, while the tropical plants of the palace gardens have appeal in their own right.

If you are planning an Indochina tour, let http://www.indochinavalue.com/ help you. We will plan a wonderful trip for you and your family. 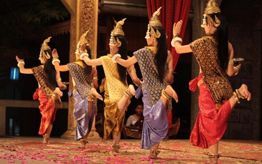 Classical Khmer dance displays have become popular inclusions on tourist itineraries, complete with ornate costumes and accompanying musicians. Many of these ... 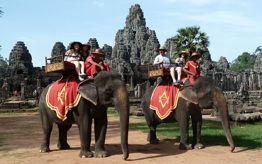 Hire a bike and spend a few days exploring the myriad glories of the jungled Angkor Temple Complex. The showpiece ... 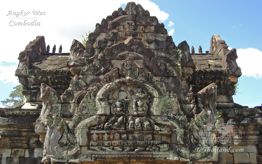 Travel to Cambodia, you should not miss a chance to visit following suggested destinations AngkorAngkor, the former capital of the ancient ...

Travel to Cambodia, visitors have a tendency to leave with bulkier luggage than on arrival: the country's markets are heavy with ...

For fine silks, textiles, statues and carvings along with silverwork and even art, Cambodia is a treasure trove. The Buddhism-themed items are ...

It's not difficult to find vibrant nightlife in Cambodia, particularly in heavily visited destinations such as Phnom Penh and Siem Reap (which neighbours the Angkor Temple ...