Khmer is the official language of Cambodia and is used in most social contexts including government administration, education at all levels, and in the mass media. It is spoken by some 7 million people living there, roughly 90% of the population.
Regional differences are slight and normally mutually intelligible. Based on the dialect of the capital city of Phnom Penh, Modern Khmer is used throughout the nation and widely understood by its inhabitants. Much Khmer vocabulary used in literature, the military, and administration is borrowed from Sanskrit, or Pali. Due to years of French colonial rule, numerous French words have been incorporated into the language as well. 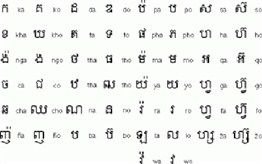 Khmer is the official language of Cambodia and is used in most social contexts including government administration, education at all ...

The race that produced the builders of Angkor developed slowly through the fusion of the Mon-Khmer racial groups of Southern ... 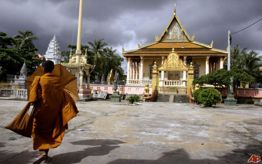 The Wet Season The wet season comes courtesy of the southwest monsoon which blows from May to October, bringing with it ... 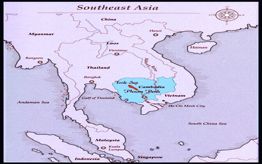 Cambodia has a land area of 181,035 square kilometers in the southwestern part of the Indochina peninsula, about 20 percent ... 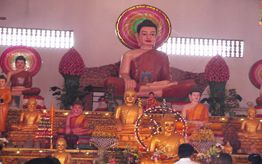 Thearavada Buddhism is the official religion in Cambodia which is practiced by 95 percent of the population-- just like that ...

Here are some Laos travel guides for time, money and banking you should note if you have a Laos holiday. Local Time Cambodia runs at ...