Vietnam has undergone 4,000 years of history since ancient Vietnamese people founded our first country under the name "Van Lang" in 2879 B.C. Vietnam's history is always depicted as a long and continuous struggle for independence and freedom.

Conquered by the armies of China's Han dynasty in 111 BC, it was not until 939 AD that the Vietnamese were able to expel the Chinese and begin a southward domination that, by the mid-18th century, had reached the Gulf of Siam. The 17th and 18th centuries were marked by the power struggles between feuding families in the north and south, as they attempted to control the largely ineffectual kings of the Le dynasty.

Vietnam finally fell to French colonial rule in 1884, after fierce resistance. Integral to Vietnam's eventual independence was Ho Chi Minh, who was one of many who established the Viet Minh - a broad coalition of anti-French groups. When Japan ousted France from power in March 1945, the Viet Minh began to infiltrate the countryside from their mountain bases in the north.

Following Japan's surrender, Viet Minh leaders announced the formation of a Democratic Republic of Vietnam, (DRV) and on September 2, 1945, proclaimed Vietnam's independence. The arrival of Allied forces, however, pushed Vietnam back into the hands of the French. After negotiations between the DRV and the French collapsed in December 1946, the Viet Minh attacked French forces in Hanoi and ignited an eight year war that culminated in the historic French military defeat at Dien Bien Phu in 1954.

Vietnam was split in two by the 1954 Geneva Accords: the Communist north, and the anti-Communist, US-supported, south. Political and ideological opposition fermented, and again turned into armed struggle, obliging the US and other countries to commit combat troops in 1965. This led to a prolonged and costly war, which at its 1969 peak, saw over half a million US combat troops stationed in South Vietnam.

The Paris peace talks, begun in May 1968, eventually led to the US withdrawing troops from June 1969. However, the US continued to provide air and sea support to the South Vietnamese until a peace agreement was signed on January 27, 1973. Tens of thousands of North Vietnamese troops infiltrated the south to join the 160,000 already there at the time of the cease-fire and, at the beginning of 1975, they began a major offensive that led to the fall of Saigon on 30th April 1975. On 25th April 1976, the Democratic Republic of Vietnam was renamed the Socialist Republic of Vietnam. In 1977, Vietnam became a member of the United Nations.

War with Cambodia, isolation, trade embargoes, and devastating natural disasters, all added to Vietnam's difficulties in forging ahead. However, despite the collapse of the former Soviet Union, its major trading partner, economic growth rates still managed to average over 8% per year in the early nineties.

Vietnam has now established diplomatic relations with 164 countries, trade relations with over 100 countries, and has attracted foreign investment from more than 50 countries and territories. The tremendous capacity of its people to meet the most desperate challenges, is likely to lead Vietnam to a bright future.. 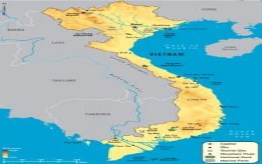 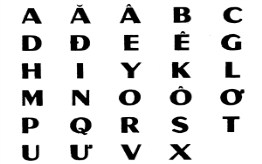