In Hue, there has hundred of famous ancient pagodas, each pagoda has special characteristics, some pagoda associated with legend of mysterious anecdote, Tu Hieu is one of the most different from others one. Tu Hieu is located among the immense pine forest belongs to the range of Duong Xuan mountain, Thuy Xuan commune, Hue city. The pagoda was established in 1842, initiatively, it had the name 'An Duong'. In 1843, Nhat Dinh found this place and built it to become big pagoda.

From building to renewing pagoda, it means preserve moral principles for descendants, especially, Tu Hieu pagoda is the place that people can throw away all difficult things in the life. Therefore, Tu Hieu pagoda and the meaning of two words “Tu Hieu” which Tu Duc named, it not only worshiped Buddhism but also is the famous landscape o Than Kinh area. This place makes we consider about our parent. 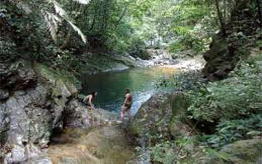 Location and history Situated in the Annamite Range, in central Vietnam and near Hue City, Bach Ma national park covers an ... 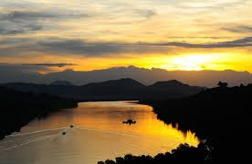 Location Just 43m high, the hill is located 7km from Hue centre, with its foot lying next to slowly flowing Perfume ...

Temple of Literature is dedicated to memorising and worshiping Confucius, which is a popular practice in many Asian countries, such ...

Emperors under feudalism often regarded themselves as "thien tu" (son of the God). Hence, to express their respect to Father ... 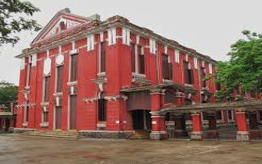 Past Being the first and also the oldest high school in Vietnam, originally Quoc Hoc (National high school) was the school ... 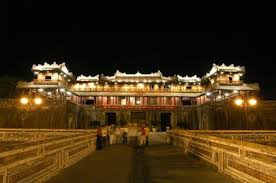 Famously being one of Vietnam’s seven UNESCO World Heritage Sites, the Imperial City of Hue has long been a must-see ... 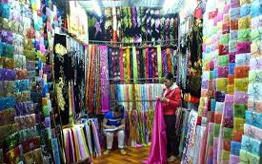 Dong Ba is the biggest commercial center of Thua Thien Hue Province and the adjacent regions. It stands along the ...

Location and history The pagoda is located at the end of Kim Long Road, in Huong Long Ward, on the northern ... 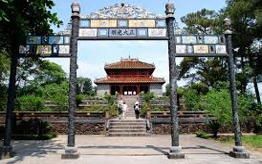 Location and history Minh Mang Tomb is in Huong Tho Commune, Huong Tra District, on the west bank of Perfume River ...

Location and history After his ascendancy to throne in 1916, Emperor Khai Dinh chose the slope of Chau Chu (Chau E) ...

Location Gia Long tomb is a bit further away from Hue downtown area. One can go by boat along the perfume ...

Duong No village is the place where Ho Chi Minh and his father lived. Here, there has stored the house ...

Behind the Ky Dai is palace - one of the overall structures belongs to Hue ancient architecture complex. Ky Dai ... Ngu Binh Mountain is also known as Ngu Mountain or Hon Mo or Bang mountain with 103 meters height on ... 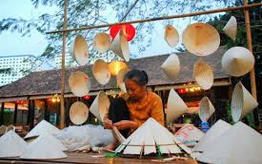 Phu Cam trade village is traditional handicraft village in Hue. One of the famous places of 'non' – conical hat ...

Phuoc Lam pagoda is located in Cam Ha ward, Hoi An commune, Quang Nam province. The pagoda was built in ... 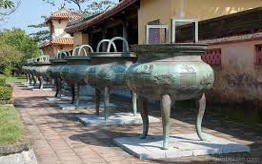 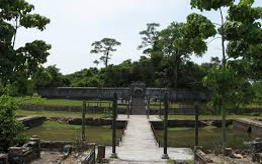 Thieu Tri tomb is located on Chu Chanh village, Thuy Bang commune and it is far about 8 kilometers from ...

Along with Lang Co beach, Tam Giang lagoon, Thuan An beach is the masterpieces of Hue which attracts a numerous ...

Hue museum of royal fine arts is located inside Long An palace. This is the earliest museum established in Hue ...