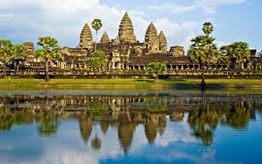 There are few places anywhere on earth to match the splendour of Angkor Wat. The temple is one of the largest monuments to religion ever built and is truly one the wonders of the world. Believed to have been constructed as a temple and mausoleum for King Suryavarman II at the peak of the Khmer empire in the first half of the 12th century, Angkor Wat is probably the best-preserved of the Angkorean temples. As with other Angkorean temples and walled cities such as Angkor Thom, the central theme of Khmer architecture revolved around the idea of the temple-mountain.

By the time building on Angkor Wat was begun early in the 12th century, this had been elaborated to a central tower surrounded by four smaller towers. The central monument represents the mythical Mount Meru, the holy mountain at the centre of the universe, which was home to the Hindu god Vishnu. The five towers symbolise Mount Meru's five peaks. It is difficult to express in words the enormous scale of Angkor Wat, but it can be explained in part by a look at the dimensions of the complex. The temple is surrounded by a moat which makes the one around the Tower of London, built at roughly the same time, look like nothing more than a garden trench.

At 190 metres wide and forming a rectangle measuring 1.5 km by 1.3 km, it is hard to imagine any attacking force overwhelming the defences. But the moat was more than just a defensive bulwark, in line with the temple's Hindu origins it represented the oceans of the world. A rectangular wall measuring 1025 metres by 800 metres borders the inner edge of the moat. There is a gate in each side of the wall, but unusually for the mainly Hindu-influenced Angkorian temples, the main entrance faces west. This entrance is a richly decorated portico, 235 m wide with three gates. However, the temple's greatest sculptural treasure is its 2 km-long bas-reliefs around the walls of the outer gallery and the hundred figures of devatas and apsaras. This intricately carved gallery tells stories of the god Vishnu and of Suryavarman II's successes on the battlefield. The whole complex covers 81 hectares.

Angkor National Museum is a great location in Cambodia for travelers who want a unique experience. There are 58 cheap ... 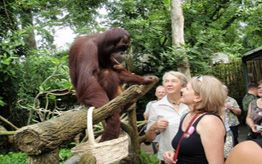 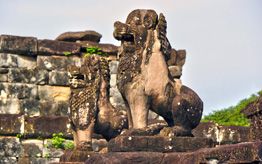 The most impressive member of the Roluos Group, sitting at the center of the first Angkorian capital, Hariharalaya. Bakong stands ... 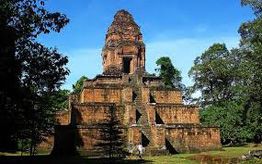 The bird that shelters under its wings. This little temple with its four square tiers of laterite, crowned by a ... 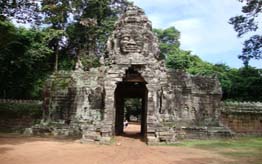 The citadel of the cells . In the ruin and confusion of Banteay Kdei the carvings take one's interest. They ... 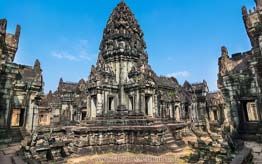 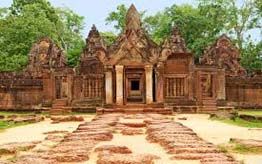 Location: 25 kilometers (15.5 miles) north-east of East Mebon Access: enter and leave the temple by the east entrance Date: second half ... 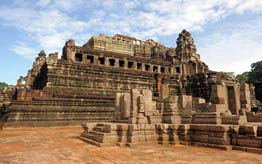 This temple built by Udayadityarvarman II was the most poorly constructed of all the temples in Angkor. From the remaining ... 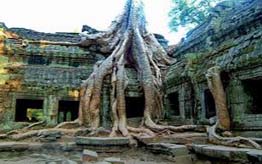 Beng Mealea was built in middle of the 12th century, with later additions in the reing of the SuryavarmanII with ... 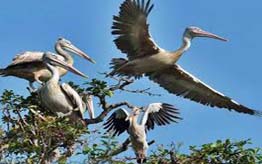 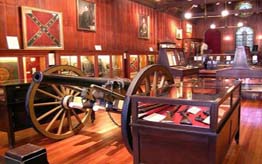 The guy that runs this small and very new place was forced to join the Khmer Rouge as a boy ... 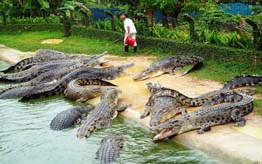 There is a crocodile farm on the south end of Siem Reap and they have about 300 crocodiles of various ... 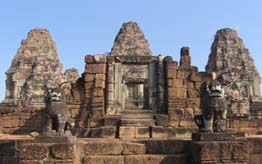