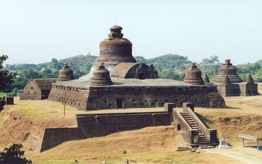 Dukkanthein also called as Htukanthein or Htoekanthein. stands on a hill which is about 30 feet in height. Its structure is like a flat surface in the form of a drum. King Minphalaung built the pagoda in 1571 A.D.

Like most of the ancient monuments in Mrauk U. Dukkanthein was built with sandstones and layers of bricks over the roof. The measurement of the temple is 190 feet from north to south and 200 feet from east to west. It has stone stairways about 8 inches broad in the east and south sides. These stairways measuring 106 feet are built of massive stonewall on the north. east and south. The west one which is slightly convex is connected to an oblong chamber.

The pagoda entrance on the east side. closer to the south-east corner. leads to a long vaulted passage which spirals up in two tiers till it reaches the central chamber. The superstructure. a bell-shaped dome on receding terraces. is similar to the one on Shitthaung. but here a tall square arch is provided on the east side to admit light into the central chamber. The inner chambers and passages of the temple are constructed with well fitting and cemented stones. The pagoda is well-known for the stone sculptures in the vaulted passages. es­pecially the figures of seated ladies. with different styles of coiffure. in the manner of offering lotus buds to the Buddha. Traditionally it is said that there are sixty-four kinds of hairstyle and all the figures are of the wives of noblemen. Besides. on both sides of the entire passage. niches of 1½ feet broad. 1 foot deep. and 2 feet high are dug at regular intervals of 20 feet in the wall and each contains a stone image of the Buddha in sitting posture. There are one hundred and forty-six niches along the passage. 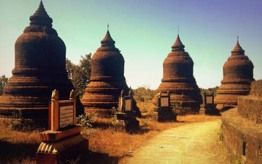 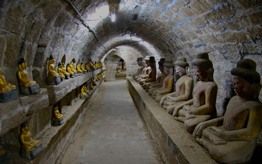 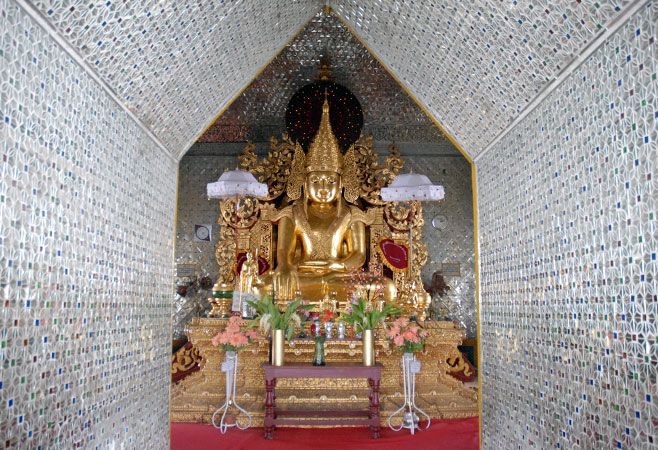 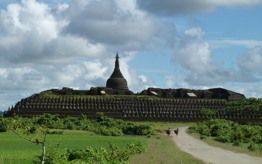 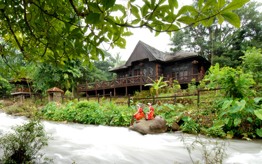 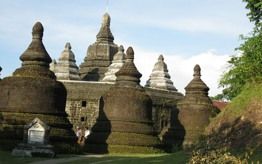 Yadanar Pon Pagoda was built in A.D 1612. and was donated by King Min Khamaung and Queen Shin Htwe. The ... 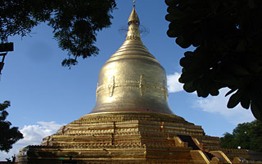 Mingalar Man Aung Pagoda is known to be one of the five most revered "Man" paya of Mrauk U. This ... 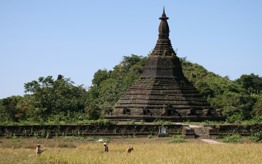