Alexandre Yersin, the French medical pioneer, is well remembered in Vietnam, where he was affectionately called Ông Năm. Surprisingly and as a sign of the deep respect the Vietnamese have for him, following the country's independence, streets named in his honour kept their designation, and his tomb in Suoi Dau was graced by a pagoda where rites are performed. His house in Nha Trang is now the Yersin Museum.

At the museum visitors can get an idea of the work of Yersin. He founded Dalat, discovered a vital plague-causing bacterium, and researched agricultural methods and meteorological forecasting, all to the great benefit of the Vietnamese. Yersin arrived in Nha Trang in 1891 and dedicated the rest of his life to scientific discovery from his laboratory here, until his passing away in 1943. He founded the institute in 1895. On display are his desk, a rich library and his scientific instruments. 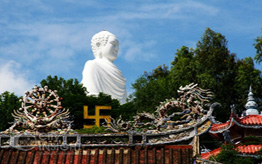 The main attraction at this pagoda is the huge white Buddha on the hillside behind the main compound; the 24m-high ...

Long Thanh is a local photographer with a permanent exhibition gallery open to the public. This is a popular visiting ...

You can get to Vin Pearl by a cable car ride on one of the world’s longest cable systems, starting ... 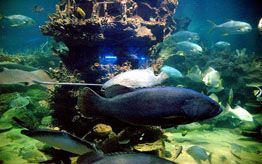 Established in 1922 and looking its age, the museum is set in a huge colonial complex of buildings. Signs guide ...