This 300-square-kilometer national park is best known for the family of SaiYok Waterfalls (NamtokSaiYok); three picturesque waterfalls located in the park. NamtokSaiyok was first widely known among Thais when King Rama V visited them in 1888 during his reign that inspired Prince Naris, his brother, to compose a song named KamenSaiYok that narrates the beauty of this waterfall. Apart from being a home to numerous wild animals, such as squirrels, bats, deer, and birds, it is also home to the world’s smallest mammal, the two-grammedKittis Hog-nosed Bat, which was first discovered in 1973. The park is very popular during the weekends.

Bungalow accommodations, river rafts, camping facilities, and a daytime food market are available. Other attractions include Lawa and Daowadung caves that feature beautiful stalactites and stalactites as well as the nearby Tham Wang Badan or ThamSawan Wang Badan. The park and its waterfalls is popular among weekenders as it is close to the Nam Tok Railway station you can easily access by train and continue on foot. 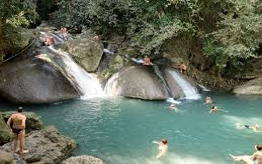 Founded in 1975 as Thailands 12th National Park, it is covering an area of 550 sqkm located on West Thailand ...

Kanchanaburi War Cemetery is only a short distance from the site of the former 'Kanburi', the prisoner of war base ... 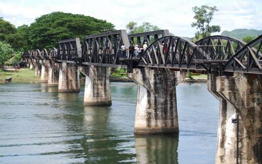 Perhaps the best known attraction of Kanchanaburi, featured in world’s famous book and film, The Bridge on the River Kwai ...

The Chong Kai Cemetery, on the banks of the River Kwai, is smaller but more peaceful than the one in ... 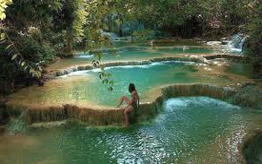 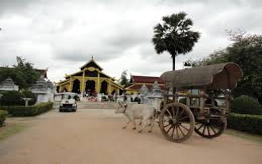 Located at Surasi Military Camp, Tambon Lat Ya, Amphoe Mueang Kanchanaburi, in Western Thailand, this studio was the location of ... 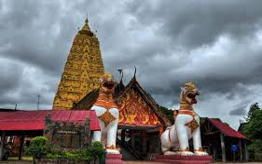 This is the most important and most revered Buddhist temple in Sangkhlaburi district, where Thai and Mon people live together ... 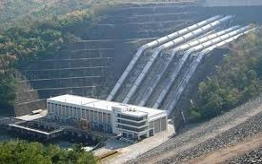 Srinagarindra Dam is the largest rockfill-with-clay-core dam in Thailand. It is built to serve as basin to collect flood water ...

Hidden inside the Royal Thai Army’s Division of Veterinary and Agriculture is this giant rain tree you might not believe ...

The name JEATH is derived from countries engaged in the WWII death railway construction from 1942 to 1945: Japan, England, ...