The Phou Khao Khouay National Park is located some 70km from Vientiane, and is 2,000 sq km in extent. Within its boundaries are several forest types, mountains, a plateau, lakes, rivers and waterfalls. The park is home to a number of threatened species including tiger, wild elephant and gibbon. It can be split into two distinct areas of interest to visitors, each of which is inaccessible from the other within the National Park.

The southern perimeter, is the most popular part of the National Park for travellers, and is characterised by lodges, wild elephant and waterfalls. The western part of the park and its surroundings sees many fewer visitors, but has some of its own distinctive features and attractions including impressive viewing points overlooking Vientiane Plain and an artificial lake.

While Phou Khao Khouay National Park stretches across both Vientiane and Bolikhamsai provinces, we've included it in the Vientiane sections as you're most likely to be heading here from there. 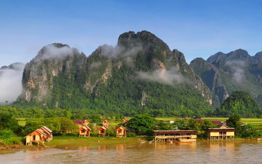 There are several villages set around Vang Vieng Town. The most recommended are Ban Nam Yen: Yao village, 3km from ... 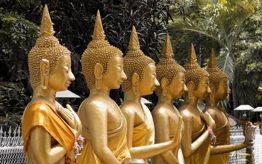 This site perhaps the busiest temple in Vientiane is Wat Si Muang. The temple is near the eastern entrance to ... 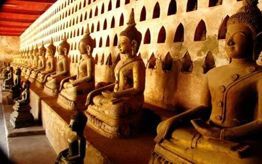 This famous site is just across the street from the Presidential Palace which is Vientiane's oldest surviving monastery, Wat Sisaket. ... 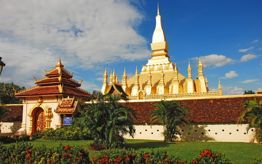 That Luang Stupa is a gold- covered large Buddhist Stupa in the centre of Vientiane, Laos. It is generally regarded ... 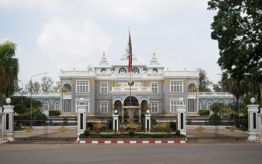 The classical French facade of the Presidential Palace. At the base of Lane Xang street is the Beaux Arts styled ... 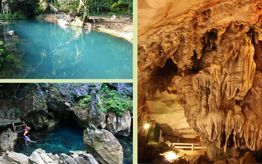 Vientiane is well- known with many famous beautiful sites such as That Luang Stupa, Presiden Palace, and Phou Khao Khouay ... 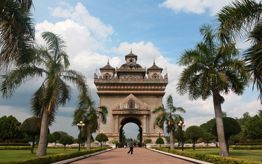 Laos was once a colony of France however the Patouxai monument would give you a good clue. The Patouxai anchors ...

Located 90km north of Vientiane municipality is the Nam Ngum reservoir, a huge artificial lake created as part of a ... 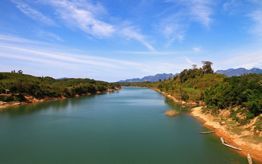 Mekong riverfront is an interesting destination in Vientiane province, Laos. Coming here, Tourist can enjoy and discover beauty landscapes and ...