Yangon Zoo is located near Kandawgyi Garden. the Zoo is noted for its collection of wild animals. flora and fauna which have been collected over the years since it was opened in 1906.

Yangon Zoological Gardens was established in 1901 with the public donation of 240.000 Kyats. The construction started at the present site after clearing 61 acres of virgin soil. but the first collection of wild animals initiated since 1882 in connection with the Phayre's Museum which was then situated at the present site of the Yangon General Hospital. The collected animals were moved gradually to their new enclosures.

The newly established zoological gardens. by the side of the Royal Lakes. was named Victoria Memorial Park which was formally opened on January 1906.

A Natural History Museum which was also a part of the zoo. was opened on the 1st of May. 1966. Furthermore. an amusement park was opened on the 7th of October. 1997. The Zoological Garden Amusement Park is also a well-known spot for children and teenagers.

The Zoo today is one of the centre attraction in the city of Yangon for both local and international tourists. Covering an area of 58.16 acres. in downtown Yangon and lying close to the Great Shwe Dagon Pagoda. the zoo with it's collection of nearly 200 species of animals and big shady trees. draws nearly 1.5 million visitors annually. The animals comprise of over 60 species of mammals. 70 species of birds and 20 species of reptiles.

On weekend and Public holidays. snake dance and elephant circus are performed for visitors. It is open daily from 08:00 to 18:00 hours.

The 100th Anniversary of Yangon Zoological Garden was held in 2006 January and the festival was held for a month.

Opening Hours - 8:00 am to 6:00 pm. On weekends and public holidays. special animal shows are featured to  entertain the visiting public.

Shwedagon Pagoda is the most popular and well-known pagoda in Yangon. The pagoda is one of the main tourist destinations ...

Sule Pagoda is located in the center of Yangon. at the junction of Sule Pagoda Road and Mahabandoola Road. Kyauktada ... 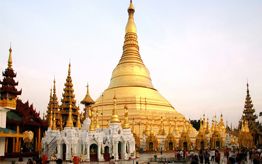 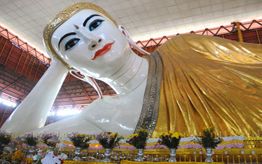 The Kyaikkalo and the Kyaikkalei are the two ancient Pagodas standing on the left side of the highway running from ... 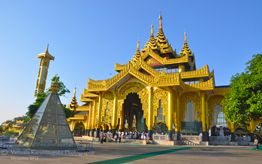 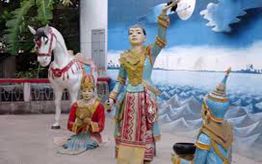 A wonder land of spire pagodas and sculptured figured located in North Okkalapa. a satellite town about 20 minutes drive ... 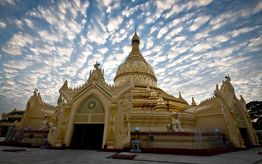 The Maha Wizaya Pagoda was built on the Dhammarakkhita (Guardian of the Law) Hill which faces the famous Shwedagon Pagoda. ... 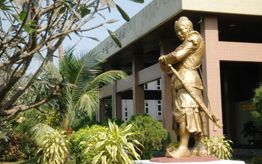 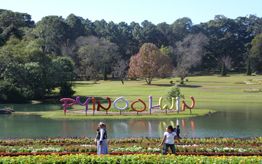 Images of sandstone and cast bronze. original clay votive tablets and many evidence of Bagan Period culture. and also the ... 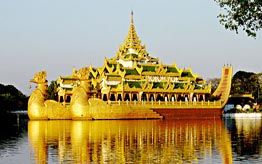 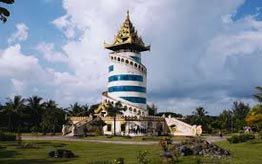 National Races Village was constructed by Ministry of Border Affairs, situated in Tharketa Township, on the left side of Yangon-Thanlyin ... 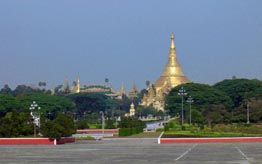 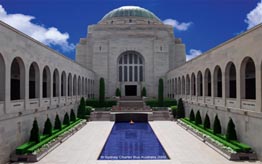