Scale more than 1,000 steps to reach a secret passageway slicing through the summit of the Phu Kheng Jar Quarry Site that played a strategic role for Pathet Lao forces during the Indochina war (1964-1973). The hardy climb passes an odd mix of bomb craters and unfinished or broken jars destined for Jar Site 1. The steps get steeper, but the reward is a magnificent view of the valley around Phonsavanh and the hidden entrance to a narrow 70-metre-long, 1.6-metre-high tunnel chiselled through rock that winds past re- inforced concrete bunkers and sleeping quarters before exiting to a panorama of the Phoukoud Valley.

Location: From Phonsavanh, follow Route 7 west past the Mulberry Farm and across a river. Turn left after 8 km at the “Phu Kheng Jar Quarry Site” sign and continue 7 km to the visitor centre. 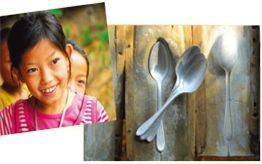 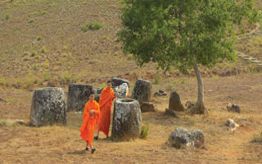 No one goes to Xieng Khouang without inspecting the myste- rious Plain of Jars. But, with thousands of massive ancient ...

Explore ruins dating to the 14th century that crown the hills around the ancient Phuan Kingdom capital, Muang Khoun, which ...