Myanmar has the effects of the Monsoon in different parts of the country. Temperature varies from 38°C to 19°C; humidity from 82.8% to 66%. The ideal time to visit Myanmar is during the cool season. However, rainfall in Bagan and Mandalay is very low, even in the rainy season.

Temperatures are generally lower in mountainous regions. The country receives practically all its rainfall between mid-May and October, the period of the Southwest Monsoon. Annual precipitation in most of Upper Burma averages about 890 mm (about 35 in) and in Lower Burma about 5080 mm (about 200 in).

Myanmar has a monsoon climate with three main seasons. The hottest period is between February and May, when there is little or no rain and temperatures can rise above 40°C (104°F). The rainy season is generally from May to October, giving way to dry, cooler weather from October to February. The coast and the mountains see significantly more rainfall than the arid central plains, which include Mandalay and Bagan, and roads can become impassable during the rainy season in those areas.

Overall, the best months to visit are from November to February. The only notable downside (other than the fact that places are busy with other tourists) is that river travel can be slow as water levels are low, meaning that boats have to travel more slowly; this is particularly notable on long journeys as ferries cannot travel overnight for fear of being grounded on sandbanks.

Lightweight cottons and linens are recommended throughout most of the year. A light raincoat or umbrella is needed during the rainy season. Warmer clothes are advised for cooler season and some evenings, particularly in hilly areas, on ferries or for trips on Inle Lake. It’s also a good idea to wrap up when travelling on buses, as the drivers tend to overuse the air-conditioning. 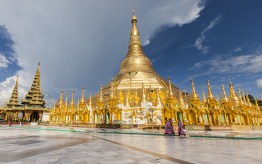 Myanmar has the effects of the Monsoon in different parts of the country. Temperature varies from 38°C to 19°C; humidity ... 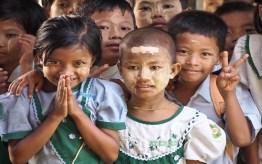 The main people of Myanmar are called Myanmar or Bamar. There are seven states in Myanmar and therefore there are ... 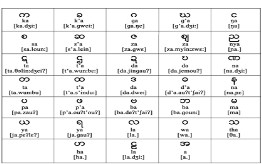 One of the most common questions I get has to do with how to deal with money as a traveler ...