They are the oldest inhabitants of Laos. They are normally despised by the other "races", sometimes called kha or moï (savage) by the Thais or the Annamites.

Like the Laos Thais, there are numerous Laos Theung ethnic groups; nearly sixty. Amongst them there are :

The Laos Theung are semi-sedentary, that means that they only move the situation of the village every 8 to 15 years once they’ve drained the earth due to their custom of cultivating on stubble burnt ground. They live on products from the forest, fishing and small local craftsmanship, cultivating rice, fruit and vegetables.

Their language is of the Môn-Khmer type and don’t know how to write. They are animists and practice the cult of their ancestors and believe in spirits, the Phis. These spirits are the basis of all their rites and traditions, and still dominate the every day life of the Laos Theung who believe in witchcraft, after-life, and hell, contrary to Buddhists. 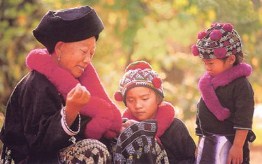 The Laos Thais (or Laos Loum of The Low Lands) represent 75% of the population of Laos, and encompass 23 ... 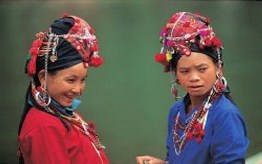 The Laos Soung live in the Mountains above 1000 meters, especially the Hmongs (or Meos, a highly pejorative term), and ... 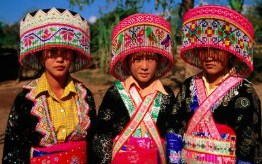 The Laos Theung (Middle Altitude Lands) also called proto-Chinese, include 58 different ethnical groups. They are the oldest inhabitants of Laos. ...