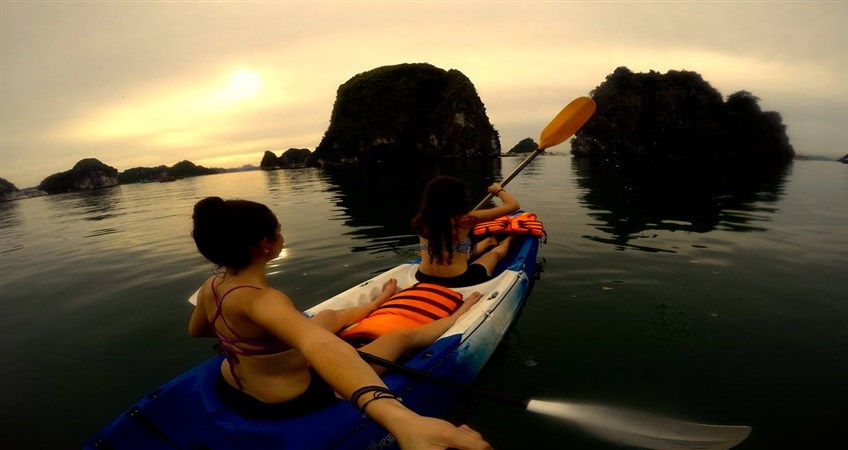 Air travel has made the world a much smaller place. The growth in the numbers of ordinary people holidaying in previously fairly inaccessible destinations has meant that ideas have been spreading just as quickly. The Internet and satellite television are bringing news stories into homes everywhere and while that in itself does not guarantee enlightenment, liberalisation and human rights they certainly seem to be helping. The culture of Asia, and within Asia, the popularity of places such as Vietnam have resulted in the country adopting the stance of many countries worldwide and accepting the rights of minorities of all kinds; this gay and lesbian travel guide to Vietnam aims to explain the country’s view on gay and lesbian travel to Vietnam and the likely reception people can expect. Human rights is a subject of debate throughout the world and the LGBT rights’ movement and the UN have been impressed in where Vietnam stands on the subject.

Prejudice exists in pockets everywhere and no country, however apparently ‘’advanced’’ can claim to be completely free of prejudice in its many forms. A Vietnam tour for gay and lesbian singles, couples and groups is likely to reveal all the magical sites and experiences that every other tourist enjoys. Gay pride parades have been held in the three main cities in Vietnam, all of which are likely to be on a comprehensive Vietnam tour package; Hanoi, Danang and Ho Chi Minh.

It has never been against the law to practise homosexuality in Vietnam though in common with many countries on every continent the level of social acceptance has varied. Same sex marriage is accepted though without all the rights given to ‘’ordinary couples.’’ The main thing for everyone to remember when they visit Vietnam is that the people are friendly but they will expect every tourist to respect their religion and culture. As long as that applies, ‘’sexual preference’’ is fairly unimportant.

Vietnam recognises the UN’s stance on protection for the LGBT Community and you will be welcome to travel around the Country without any worries. Travel throughout the country you should do; many provinces have held Gay Pride parades in recent years so it is unlikely that you will be treading new ground.

Top Attractions to Visit
Gay and lesbian travel to Vietnam is increasing precisely because of this and many highlights are there to provide a genuine experience that will leave you wanting to return again:

•    Hanoi is the Capital of Vietnam; it is a mixture of French colonial architecture, beautiful traditional temples with the old city being especially interesting; narrow streets, markets and food on sale by vendors offering the freshest of tastes.

•    SaPa and the Northern Highlands towards the Chinese border offers the chance of trekking, meeting local hill tribes and landscapes that will fill your camera.

•    Halong Bay is a UNESCO World Heritage site, 2,000 islands and the chance to cruise and stay a night on board. The locals are fishermen living with their families in houses on stilts

•    Hue in Central Vietnam was the Capital of the Nguyen Dynasty. The Imperial Citadel suffered damage during the Vietnam War but the compact old town is still an interesting place to visit.

•    Hoi An was an important trading city in the Middle Ages. In those days, the Champa Kingdom traded in spices with Indonesia. The Chinese had a major influence in the area until moving south and although trade with Europe grew many centuries later, its importance dwindled as nearby Danang grew.

•    Danang is Vietnam’s third city with a population of around a million. It is the gateway to a number of things; coastal resorts, mountains, caves and grottos.

•    Ho Chi Minh City is the commercial hub of Vietnam. Formerly Saigon, it appears to be more modern than Hanoi but it still has much to recommend it for those interested in religion, history and culture.

•    The Mekong Delta is the most fertile region of Vietnam and is located to the west of Ho Chi Minh. There are main channels, quiet little backwaters and villagers busy with agriculture and fishing.

•    Phu Quoc is an island offshore from Cambodia. It is a nice place to relax after a hectic Vietnam tour package; there is over 3.200 kilometres of coastline and many alternatives for those wanting some time on a nice beach.

Cuisine
This gay and lesbian travel guide to Vietnam wants to point out that there is much more to the country than its destinations. Vietnamese cuisine took some time to spread beyond the Country and while it probably still lags behind some other forms of Asian cuisine in world kitchens, it is still worth considering a culinary holiday in Vietnam. Some of the dishes may not appeal to tourists but the vast majority certainly will.

Busy street vendors are certainly worth trying; their turnover guarantees everything is fresh. Shrimp paste, soy and fish sauce are commonly used, as is lemon grass, ginger, chili, lime and cinnamon. There are plenty of vegetables, meat and fish and the regional variations mean that you can tour the country to both sample the cooking and see the many highlights.

Adventure
Good holidays involve more than an album full of photographs. In places like Vietnam meeting the people is important. In rural areas, mountains and the Mekong Delta there is a chance to see daily life and even to book a homestay in a village. Those who are keen to be active are spoilt by the trekking alternatives in the mountains or the many alternatives offered on the extensive coastline; sailing, kayaking, scuba diving, snorkelling and caving are just a few. The beaches then offer a chance to relax. A Vietnam tour for gay and lesbian people can be memorable in so many ways, photographs but the experience of meeting locals will leave just as many pictures in your mind as there are in your camera.

Conclusion
You should come to see for yourself. A good Vietnam tour operator will answer your questions and make all the necessary arrangements.